Jazz Cat Records was founded by Ben Crosland in 1995. Albums featuring some of the best known names on the British and International jazz scene have been released during the years that followed. Jazz Cat remains a very active label and continues to produce and promote recorded jazz.

Songs of Solace and Reflection

Chamber Jazz with a Classical Sensibility 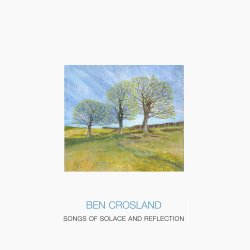 In common with every musician I know, I found the two-year desert of lockdown a difficult time. The sense of dislocation from everything you held dear artistically was palpable. We all searched for our own escape routes from boredom, isolation and depression. A number of my musical friends worked remotely, employing cutting edge software to share music and video files with other musicians so as to produce the illusion of live performance on multi screens, often to wondrous effect. I had neither the expertise nor the technical know how to do that. My salvation was writing new music. And quite a lot of it. These recordings are the product of some of that endeavour. The catalyst for this music was a recording of an arrangement of a piece of mine sent to me, unexpectedly, by a good friend and great musician, Jeremy Platt, in which he had employed, digitally, woodwind and strings. It sounded wonderful and set in train a thought process. That led to me thinking that I would have a bash at arranging one of my tunes for a similar ensemble, just for fun. I decided upon flute, clarinet, flügelhorn, string quartet and bass. Rod Mason is an extraordinary multi-instrumentalist and a very close friend. His salvation during lockdown was home recording in his attic studio. I sent my arrangement to Rod and his demo recording of it sounded lovely. I had never arranged strings before and was making it up as I went along. It seemed to work. I did another arrangement, sent it to Rod and that worked. I just carried on doing further arrangements and the realisation dawned that I might have an album in the making, but that it would be very different from anything that I had ever recorded before.In total, I wrote nine arrangements of tunes from my back catalogue and composed one new tune, Rockfield Lullaby, inspired by a photo of myself as a baby with my mum at Rockfield, the first house I ever lived in. To see whether my hopes were well founded, I sent some of Rod’s recordings to Theo Travis, a superb flautist, with whom I have been working in my Ray Davies Songbook project for some time now. He was enthusiastic and recommended a violinist, Clare Bhabra, and a cellist, Deirdre Bencsik, with whom he had previously worked, who, he said, would be perfect for this project. He was right. I contacted them and sent them Rod’s recordings. They really liked them. Alan Barnes and Steve Waterman were obvious choices for the clarinet and flugelhorn chairs. They liked Rod’s recordings. So I had a band. I had been working with Andrew Tulloch on my Solway Stories recording and knew him to be an outstanding sound engineer. He was the man for this recording. He really liked the concept and recommended Livingston Studios in Wood Green, London as being the perfect place to record this music. He was right. He has been a constant in this project, recording the music which we performed live over two days, editing, mixing and mastering it. His work has served the music perfectly.

In deciding which tunes to arrange, I instinctively felt that they should be consoling and comforting in nature, but with a lightness that might cheer, an antidote to the times that we were living through. So I selected those pieces with a particular emotional connection or a sense of playfulness. Sarah’s Trees is a tune I wrote to celebrate the life of Sarah Lucas, wife of Mike,who founded the Marsden Jazz Festival. Sarah sadly died in 1997. Mike later told me that her favourite place was up on the hillside above Marsden amongst her favourite sycamore trees, looking down and surveying the expanse of the Colne Valley. Cowgill Lament is dedicated to Oliver Statham, a school friend who went on to become a champion cave diver but who sadly took his own life at a dreadfully young age. He is buried in Cowgill churchyard near Sedbergh. The Gothics is the house in the Colne Valley where my father was born. Walkin’ the Cat is a fun piece inspired by a sculpture at the Yorkshire Sculpture Park. I have retitled Hymn for Peace (originally Hymn for Christmas) as a response to the terrible events in Ukraine. In Memoriam is another piece inspired by a sculpture at YSP. I hope that it resonates well with those who have suffered loss during the pandemic. Song For Dorothy is a piece written many years ago for my mum. Heartland was inspired by the victory of Steve Redgrave and Matthew Pinsent in the 2000 Sydney Olympics, a victory that was the fifth magnificent gold medal for Redgrave. Peter the Wolf is dedicated to Peter Maguire, a wonderful musician, a great friend and a real ladies’man. I struggle to find the words adequately to thank these fabulous musicians for all their hard work, commitment and artistry. This was a glorious two days’ recording. Finally, I express my sincere thanks to Judith Yarrow for the beautiful painting that graces the cover of this album. She took the trouble to travel to Marsden and walk up to Sarah’s Trees so that she could see them prior to producing her work. I earnestly hope that those who listen to this music, conceived and created in lockdown,find comfort, consolation and enjoyment in it.

Songs of Solace and Reflection is released on 2nd December 2022 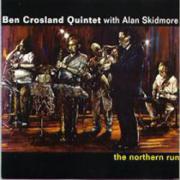 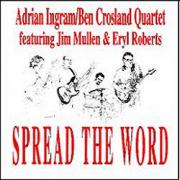 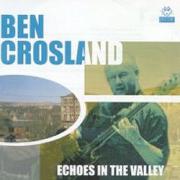 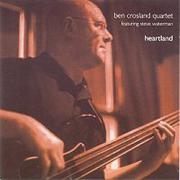 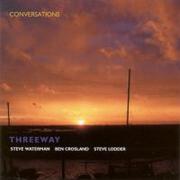 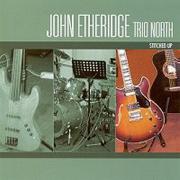 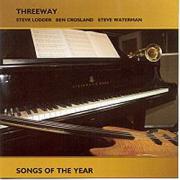